We are very pleased to have randomly selected the winner of our Father’s Day Contest! Before we announce who won the $200 Atira gift card, we’d like to say THANK YOU to everyone who took the time to tell us about their fathers!  We received so many entries and certainly enjoyed reading all about the rock star dads that were nominated for this contest. Unfortunately, there could only be ONE winner. Everyone that entered the contest was placed into the drawing. 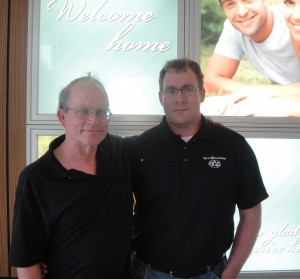 Last night the VP of Human Resources at Linn Area Credit Union drew the winning name – which was Brian Johnson’s entry about his inspiring father, Rob Johnson. (It should be noted that he was also nominated by another of his sons, Lee!)

Rob and his son Brian just stopped by the Blairs Ferry branch to pick up his Father’s Day prize. It was so fun chatting with them! I found out that Rob and his wife, Diane, have been part of the Linn Area family for nearly 30 years (which definitely wasn’t a requirement for this contest – it just worked out this way!). All three of their sons (Brian, Lee, and Luke) followed in their footsteps, beginning with Kirby Kangaroo accounts and have continued bringing their business to us.

In fact, on the drive over, he and Brian were having a laugh over memories of the Kirby days. Rob’s rule was that whatever money the kids got, they could spend half, but the other half had to go straight into their Kirby account. Brian said that learning this early on actually transferred into his adult life.

Rob was ridiculously flattered that he was nominated by his sons. I think the fact that two of his adult sons took the time to very thoughtfully write about how inspirational he’s been says a lot about what a great dad he is. (See their entries below.)

How will he spend his big gift card? He’s taking a big trip in the fall to Colorado and will most likely use the money to do something fun there! (Excellent choice!)

A big CONGRATULATIONS goes out to Rob! Not a bad way to kick off Father’s Day! :) (Below are the original entries by both Brian and Lee!) 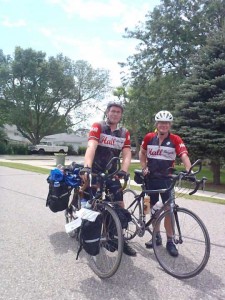 Brian: I thank my father for inspiring my love of many things – including cycling. It is amazing to have him join me through part of RAGBRAI. He is supportive in all my activities throughout life and been powerful model of how to live my life.  Seeing this photo always makes me smile. This one’s for you Dad. 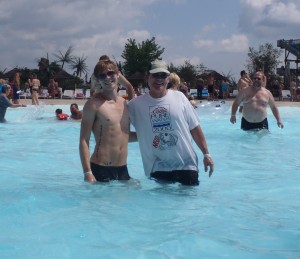 Lee: My father, Rob Johnson, is one of the most caring, positive and empathetic individuals imaginable.  Besides unquestionably supporting our family Rob started Lamba, The Linn Area Mountain Bike Association – lambaonline.org, to freely share his zest for existence with all Iowans.  Through education and countless hours of volunteer work this man has single handedly promoted optimism and creativity to worlds of students, strangers, and friends. 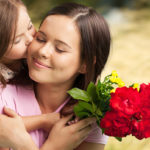 Nom the Mom: Day of Beauty 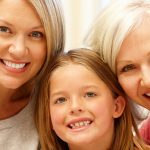