As you may or may not know, I’ve been exploring refinancing my home on and off for a couple of months.

My latest meeting was with Larry, and we worked the numbers (OK, Larry worked the numbers…) and I came to the conclusion that, even though the interest rate was a smidge lower, the $250 toward closing offer wasn’t enough of a savings for me to refinance, nor did it make sense to enter a 15-year refi agreement, what with the closing costs and all. But… I thought maybe the special 10 and Done offer might be worth it. Unfortunately, I didn’t have the info I needed with me. (Derp.)

So, I finally got my schtuff together and met with Tom Wehmeyer, another one of our crack mortgage specialists. I brought in my most recent mortgage statement to see if the 10 and Done refi offer would be a good fit for me. We uncovered a few surprises, and I gotta say, I learned a lot!

Basically, Tom walked me through how refinancing would change things financially for my family. (I asked him to walk really slow, like we were idly strolling, looking in shop windows. And I warned him we might have to circle the same block a few times.)

When my husband refinanced our home in 2012, I thought we had set up payments so that the 20-year mortgage would be paid at an accelerated 15-year rate. But no. We had refinanced for 20 years, and we were making payments that would pay off our mortgage in, you guessed it, 20 years. So we had 16 years of payments left instead of 11 years.

And this misconception affected everything.

In order for us to take advantage of the 10 and Done refinancing offer, we would have to condense that 16 years into 10, which would increase our mortgage payments by $255 each month. A-a-a-and, that amount doesn’t include taxes and insurance. We also would have to set aside money to pay that out of pocket when the due dates came around. (No more of this handy escrow stuff to make sure the money was available.)

Basically, yes, said Tom, you would save some money. Over the 10-year run, we would save about $3,200 in interest. But you’d have to be comfortable with increased monthly payments. Is that “worth ‘feeling the squeeze’ every month?” as Tom put it.

Whew! An extra $255 a month? Not gonna happen. But on the bright side, Tom did lay out another option for me.

If I did want to pay it off faster, we could simply start paying more on a monthly basis. The beauty of this option is that we’re not committed to the higher payment, so if other expenses got in the way that month, we could simply pay our regular amount.

I have to say, Tom was awesome. Not only did he stroll through the numbers and terms slowly enough for me to keep up, he was willing keep circling back until I thoroughly understood what he was saying. All the while, never making me feel like I was the dullest knife in the drawer. Patient, he was. Knowledgeable, he was. Condescending, he was not.

I asked him if our conversation was typical of refinancing meetings. Oh, absolutely, he said. You get involved with each person a bit before narrowing it down to what’s best for them.

I love that about Linn Area Credit Union. Even though I spent a few hours exploring various options, and ultimately decided not to refinance, not a single person acted like I was wasting their time. They were truly looking out for my family’s best interests, not pressuring me to sign something that I would regret.

Maybe in five more years, we could take another look at refinancing. Until then, I’ll just keep my eyes open for other ways to save. 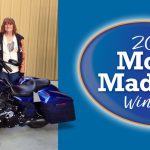 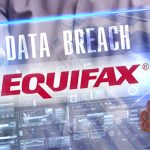 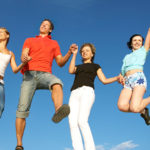 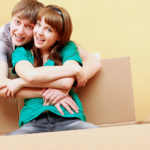